“In 1971, his From the Diary of Anne Frank received the J.I. Segal Fund award in Montreal for ‘the most important contribution to Jewish culture and music.’ His compositions have been played by 120+ global orchestras under many Canadian and acclaimed international conductors.”

Music Online. Under the Radar.

TORONTO. July 31/22 – Did you know Oskar Morawetz was one of Canada’s most frequently performed composers?

Born January 17, 1917, in Svetla and Sazavou, Czechoslovakia to secular Jewish parents Richard and Frida (Glaser) Morawetz, Oskar played the piano early, developing an acute ability to sight-read orchestral scores. The family, with four children, moved to Prague when he was 10.  He wasn’t interested in high school, but he was fascinated by music.  Graduating in 1935 he suffered a nervous breakdown, tagged to fear his fingers wouldn’t have the dexterity to play the piano.  A Viennese psychiatrist treated and resolved his condition of overwhelming sadness.

Oskar’s father insisted he take Forestry at university, and then join the family business.  Two years in, Oskar moved to Vienna to seriously learn piano.  When the Nazis annexed Austria in 1938, he witnessed rabid antisemitism and after a run-in with the Gestapo, the 19-year-old went home and was recommended to become the Prague Opera’s assistant conductor. That September, the Munich Agreement signing by the English and French allowed Germany to annex the Sudetenland.  Morawetz moved to Paris to continue studying; two of his other three siblings went to England.

Neither country was safe. Oskar fled from France to Italy via Switzerland, landing in Canada on June 17, 1940.  The family was soon reunited in Toronto.

The naturalized Canadian citizen rededicated his life to music, graduating from the University of Toronto with a B.Mus. in 1944, garnering a doctorate in composition for his first string quartet – Opus 1 in 1953.  It won a CAPAC Award.  He studied under Leo Smith and Albert Guerrero with fellow students Glenn Gould and John Beckwith.  For his B. Mus., he wrote an original composition and forced himself to write a weekly fugue – a contrapuntal composition in which a short melody or phrase is introduced by one part and successively taken up by others and developed by interweaving the parts.

Morawetz taught at Toronto’s Royal Conservatory of Music beginning in 1946.  He joined UofT’s music faculty as an assistant professor in 1950 teaching composition and harmony for 30 years. 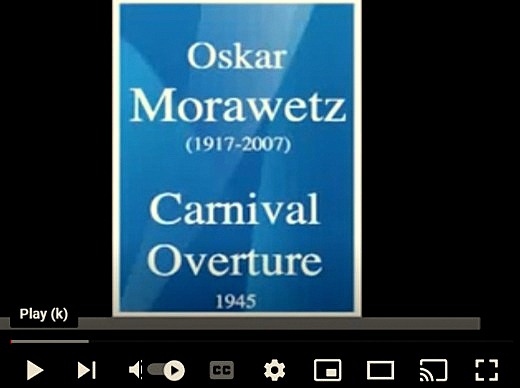 Among his many commissions were the Second Symphony; a Child’s Garden of Verses and ‘Psalm 22’, both for Maureen Forrester (cjnonline.com | cjnonline.ca – March 27, 2022); Concerto for Brass Quintet and Chamber Orchestra, for the New York Brass Quintet; Concerto for Harp and Chamber Orchestra for the Guelph Spring Festival; Five Fantasies for String Quartet and Tribute to W. A. Mozart, both for the Orford String Quartet.

Morawetz, in 1960, won the first of three Canada Council Senior Arts Fellowships.  In 1968, Russian cellist Mstislav Rostropovich requested a piece, ultimately premiered by cellist Zara Nelsova (cjnonline.com | cjnonline.ca – August 8, 2021) and the Montreal Symphony Orchestra in 1975.  The Globe & Mail’s Sandra Martin reported, “He said later that he was having trouble finding the inspiration to write a note until he watched the ‘slow, sad and very moving’ Atlanta funeral procession for Martin Luther King.  Seeing Rev. King’s gravestone inscription, ‘Free at last, thank God Almighty I am free at last!’ he dedicated a composition to King’s memory.  In 1971, his From the Diary of Anne Frank received the J.I. Segal Fund award in Montreal for “the most important contribution to Jewish culture and music.”

In 1987, he was the first composer to receive an Order of Ontario, and in 1988, named a member of the Order of Canada.  He received SOCAN awards in 1994 and 1999 and tributes in 1992 from the University of Toronto, the Canada 125 Medal, winning the Golden Jubilee Medal in 2002.  He won two Juno Awards as a member of the Canadian League of Composers and a Canadian Music Centre associate. His works are in the Library and Archives Canada in Ottawa.

After retiring, he composed solo music for most major orchestral instruments. He completed a bassoon concerto in 1993 and two transcriptions of Dvorak pieces, the Slavonic Dance No. 8 in E minor and the Humoresque in G-flat major encouraged by  Itzhak Perlman and Yo-Yo Ma. Morawetz died at age 90 on June 13, 2007.

A complete list of David Eisenstadt’s articles can be viewed under Music Online in our category section. Do you have comments or questions about this article? Contact David Eisenstadt  at cjnonline@protonmail.com  or deisenstadt@tcgpr.com 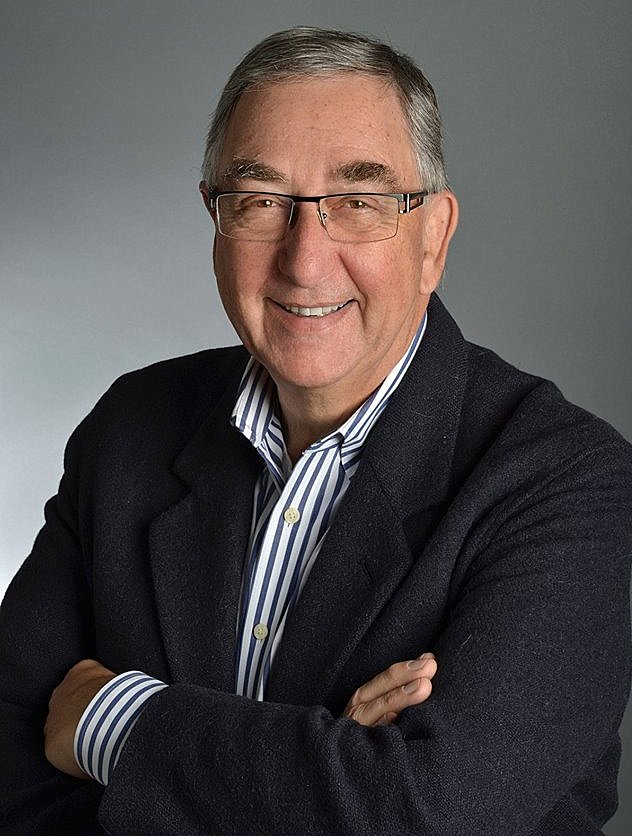 –Thank you for writing the lovely article about my father, composer Oskar Morawetz, on the cjnonline.com website. It is always interesting to me to see how articles are written focusing on different aspects of his life. Thank you for bringing my father’s music to the public attention. With so many talented young composers, it’s easy to forget about the “founding Canadian composers”. – CM, Toronto, Ontario, Canada

-What an amazing talent!  Your article led us to check out more of his compositions performed by numerous artists and orchestras. This composer led a most interesting life leading up to his later pieces, I am sure his formative years through the war years tempered them. – MB, Calgary, Alberta, Canada